Do you need a 10 step skincare routine 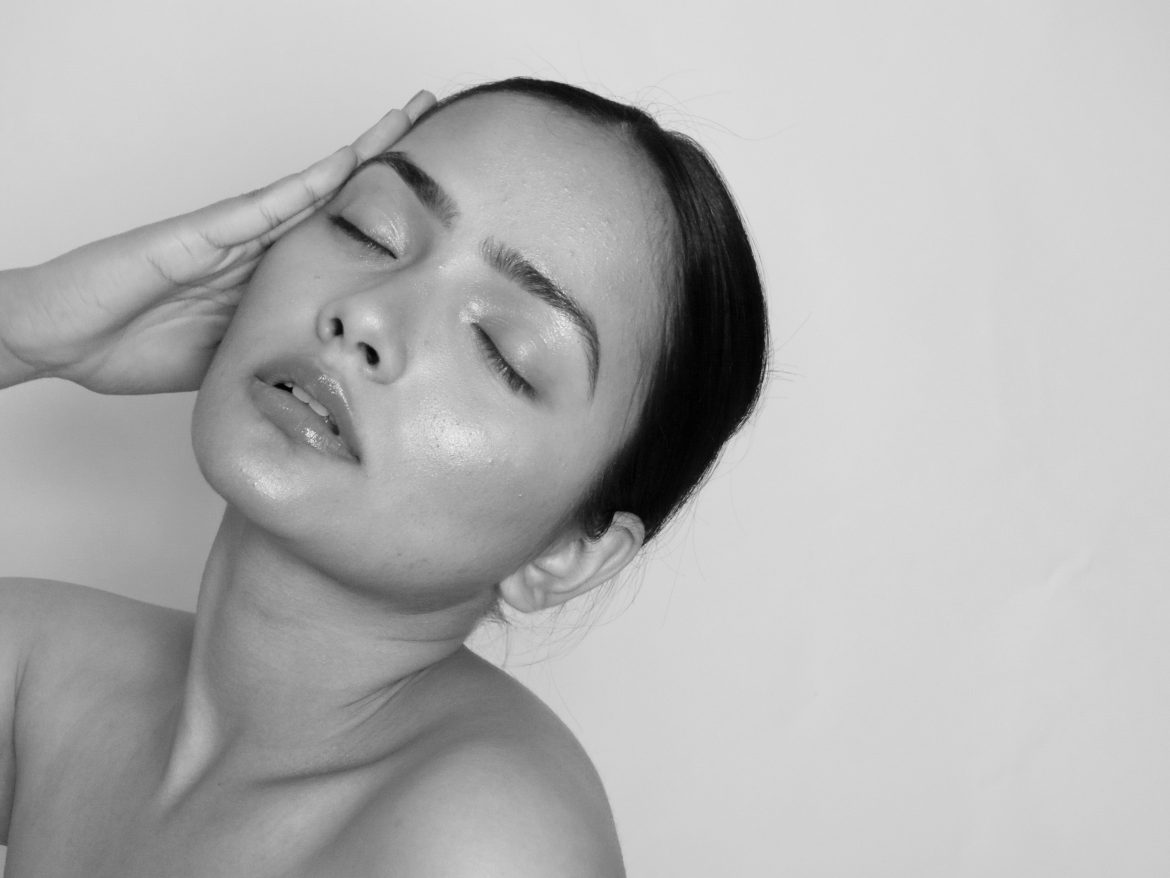 Korean skincare products are a huge hype in the beauty market. The 10 step skincare regime which initially originated from Seoul, South Korea became really popular worldwide but the real truth is that not everyone do all these steps daily. It really depends from skin to skin and also your concerns. Majority of Korean population is into pampering their skin and takes really good care of it and that’s why their cosmetic market does tons of research on new ingredients and products.

The 10 step skincare routine is an elaborated guideline to discover and customise your own regime depending on what works for you the best.

STEP ONE- OIL CLEANSER
An oil cleanser is the first step to double cleansing method which helps to remove not only makeup but also the skincare products like sunscreen which are a bit resilient to get rid off with a regular face wash. You can also get rid of impurities like dirt, pollution and excess sebum which have oil based debris by gently massaging in the oil based cleanser and removing it with lukewarm water. You must always prefer the ones which turns into milky consistency when comes in contact with water because it will not let the product seep in into your pores like coconut oil does. Oil cleansers with Jojoba oil, grapeseed oil etc are really quite for both dry and oily skin.

STEP TWO- GEL / WATER / FOAMING CLEANSER
Cleansing skin with water based cleanser after an oil one is the second step of double cleansing method. Water based cleanser is a must to remove impurities like sweat and last traces of any dirt or oil cleanser that’s left behind. Water based cleanser should preferably be used on damp skin and use it in gentle, circular motion. Give 20-30 seconds to this step and don’t forget to cleanse your neck as well.

* double cleansing method is often done at night but if you really love the results after doing this step consistently then you can do it in the morning as well.

STEP THREE- EXFOLIATOR
The main purpose of doing exfoliation is to remove dead skin cells and in some cases flakiness off the skin surface thereby helping in easy absorption of products like moisturisers. Exfoliators generally are of two types, Physical and Chemical Exfoliators. Physical exfoliators are usually present in the form of scrubs which you can gently massage just like cleansers. The thing to keep in mind while using physical exfoliators is that they shouldn’t have rough particles like walnut shells as using those can create micro-cuts on your skin. Using ones with rice extracts or sugar which are neither harsh nor will they disrupt the texture of your skin. Chemical exfoliators are generally AHA or BHA(alpha hydroxy acids and Beta Hydroxy Acids). These go deeper in the skin and helps in resurfacing the texture and also gives you a more even skin tone. Whatever exfoliator you prefer don’t use it more than 2-3 times a week and always use sunscreen to prevent pigmentation as exfoliation can make your skin photosensitive.

STEP FOUR- TONER
One of the things Koreans do include in their skincare routine are toners which is used to balance the ph levels of skin after using cleansers and exfoliators. Earlier people used to use harsh cleansers which stripped off the natural oils of their skin but with time there has been advanced formulation done to introduce gentle cleansers in the market. So if you are using cleansers which don’t have harmful alcohols then your skin will come to it’s normal ph after few minutes from using the cleanser. Many toners have hydrating ingredients like rose and centella asiatica extracts which can give your skin a healthier look but if you are on a budget and don’t want to invest in a toner then it’s completely alright.

STEP FIVE- ESSENCE
This one might be the most debatable step in the whole routine as Koreans literally swear by it but on the other hand people don’t have any problem in just simply skipping it out. Their consistency is somewhat like toners, lightweight and watery but have concentrated ingredients like hyaluronic acid to provide intense hydration. Those who use serums with the same ingredients but higher concentration can skip this step as that would do the job too. So if you don’t need essences, don’t buy them.

STEP SIX- SERUMS
Be it pigmentation or dullness, there is a serum for every skin concern and we personally feel that they are the true saviours. Indian skin is quite prone to pigmentation and the perfect match of Vitamin C serum with Sunscreen can do wonders for those stubborn dark spots. Apart from that serums with Hyaluronic acid can not only plump your face instantly but also provides much needed hydration to your skin as it’s molecules can attract 1000 times it’s weight in water. New formulations also include some great extracts like licorice root, centella asiatica, turmeric etc. Moreover serums combined with moisturisers can give you the smoothest skin when you wake up the next day.

STEP SEVEN- SHEET MASKS
Well who doesn’t love some extra pampering and the same goes for our skin too. Sheet masks are packed with antioxidants and hydrating ingredients but the downside is you won’t have the time to sit in one place or lay down for 10 to 15 minutes. Apart from that if your serum is already packed with good ingredients then you absolutely don’t need a mask. Because of the extra efforts and lack of time in our busy schedule people tend to skip this step but doing it once in a while like on the weekends can be really relaxing.

STEP EIGHT- EYE CREAMS
So from wrinkles to dark circles, people use eye cream for various reasons depending upon their concern and the kind of results they want. Some also believe that using eye cream will “get rid of their dark circles” which is actually not true. The skin under our eyes is really thin and delicate and that’ why it needs to be well taken care of but don’t expect drastic changes even if you use the most expensive eye creams out there. What really matters is to keep the under eye skin and your eye contour area well moisturised. Almond oil has been a cult product in India used from our grand mother’s time and now it’s benefit has been spread overseas. So if you want to keep those extra bucks for something other than eye cream then you can. Just invest in a good quality cold pressed oil which can not only be used as a replacement for your eye cream but you can also use it to massage your face or nourish your lips.

STEP NINE- MOISTURISERS
Moisturising is one of the major step for people with dry and oily skin as well. There has always been a myth that people with oily skin don’t need a moisturiser but the truth is if you use the right consistency like gel based moisturisers it will help your skin to balance the extra sebum. This step is to lock in all the prior goodness you have given to your skin with a seal of moisturisation. There are also tons of sleeping masks in the market which gives an extra boost of hydration at night. If there are days when you don’t feel like doing much after a long meeting or tiring event, just use a cleanser and moisturise your face. AS SIMPLE AS THAT!!!

STEP TEN-SUNSCREEN
If you have been a part of the Expertish fam then you must know by now how much we love sunscreen and can go on and on about it’s benefits. Sun protection is a must no matter what season it is or what the weather is. Even if you step out in the rain, you need a sunscreen and in India it’s advisable for people to use the one with spf40 or above. In 2020 people have finally understood that the term anti aging is nothing but another phrase for money making but if there’s something which can prevent the early signs or aging then it’s sunscreen.

Black Water : Is the Hype Worth Your Money

Unexpected Ways To Use Oil Cleansers

All You Need to Know About the Ceramides

How To Apply Eye Cream Properly | What...

What Are Ice Rollers And Are They Worth...

How To Build A Skincare Routine For Beginners?

Debunking The Most Common Beauty Myths

How To Choose A Safe Sunscreen That Will...

I love reading an article that will makle people think.

Hοᴡdy! I could have sworn I’ve visited this blog before but after loooking at a few of
the articlеs I realized it’s new to me. Nonetheless, I’m ϲertainly pleased I discovered it and I’ⅼl be book-marking
it and checking ƅack oftｅn!

Hello, I enjoy reading all off your article. I like to write a little comment to support you.

Thank you so much and I’m looking forward to
touch you. Will you please drop me a e-mail?